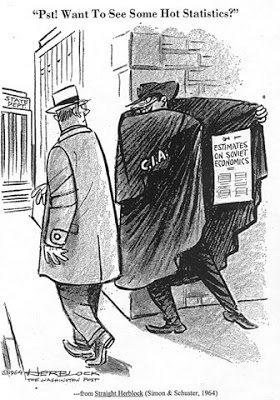 from politico: In the midst of two wars and the fight against Al Qaeda, the CIA is offering operatives a chance to peddle their expertise to private companies on the side — a policy that gives financial firms and hedge funds access to the nation’s top-level intelligence talent, POLITICO has learned.

In one case, these active-duty officers moonlighted at a hedge-fund consulting firm that wanted to tap their expertise in “deception detection,” the highly specialized art of telling when executives may be lying based on clues in a conversation.

The never-before-revealed policy comes to light as the CIA and other intelligence agencies are once again under fire for failing to “connect the dots,” this time in the Christmas Day bombing plot on Northwest Flight 253.