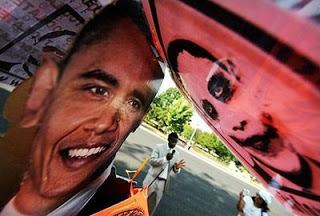 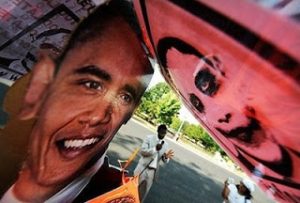 from paul joseph watson: President Barack Obama has once again betrayed his promise to restore liberties eviscerated by the Bush regime by pushing Congress to renew Patriot Act provisions that allow for warrantless spying on American citizens, even in cases where there is no link to terrorism whatsoever.

According to a Wired News report, the “Obama administration has told Congress it supports renewing three provisions of the Patriot Act due to expire at year’s end, measures making it easier for the government to spy within the United States.”

Obama’s support for the provisions should come as little surprise because he first voted for warrantless wiretapping of Americans in 2008 when he was an Illinois Senator, while also lending support for immunizing the nation’s telecommunications companies from lawsuits charging them with being complicit in the Bush administration’s wiretapping program.

One of the provisions Obama is pushing to renew is the so-called “lone wolf” provision, enacted in 2004, which allows for the electronic monitoring of an individual without the government having to prove that the case has any relation whatsoever to terrorism or a foreign power. This is in effect a carte blanche for the government to use every method at their disposal to spy on any American citizen they choose...

Barack Obama swept into office on a mandate of “change” and a commitment to restore liberties that were eviscerated under the Bush regime. Despite promising to do so, he has failed completely to overturn Bush signing statements and executive orders that, according to Obama, “trampled on liberties.” Indeed, despite promising to end the use of signing statements, he has continued to use them.

Obama has failed to close Guantanamo Bay or any other CIA torture “black site” as he promised to do.

Obama has failed in his promise to “reject the Military Commissions Act” and instead has supported the use of military commissions.

Obama has continued to allow the rendition and torture of detainees, while protecting Bush administration officials who ordered torture from prosecution and blocking the release of evidence related to torture.

Obama has gone even further than the Bush administration in introducing “preventative detention” of detainees, ensuring people will never get a trial.

In restating his support for warrantless wiretapping of American citizens, Obama has once again proven that his promise of “change” was nothing more than a hollow and deceptive political platitude to ensure his election. Since he took office, Obama has betrayed almost every promise he made and effectively become nothing more than the third term of the Bush administration.