the cheerios kid is eating drugs for breakfast 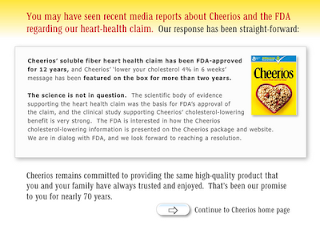 from afp: Popular US breakfast cereal Cheerios is a drug, at least if the claims made on the label by its manufacturer General Mills are anything to go by, the US Food & Drug Administration has said. "Based on claims made on your product's label, we have determined that your Cheerios Toasted Whole Grain Oat Cereal is promoted for conditions that cause it to be a drug," the FDA said in a letter to General Mills... 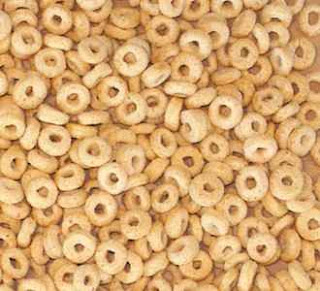 Those claims indicate that Cheerios - said by General Mills to be the best-selling cereal in the US - is intended to be used to lower cholesterol and prevent, lessen or treat the disease hypercholesterolemia, and to treat and prevent coronary heart disease. "Because of these intended uses, the product is a drug," the FDA concluded in its letter. Not only that, but Cheerios is a new drug because it has not been "recognized as safe & effective for use in preventing or treating hypercholesterolemia or coronary heart disease," the FDA said.

That means General Mills may not legally market Cheerios unless it applies for approval as a new drug or changes the way it labels the small, doughnut-shaped cereal, the FDA said. General Mills defended the claims on Cheerios packaging, saying in a statement that Cheerios' soluble fiber heart health claim has been FDA-approved for 12 years, and that its "lower your cholesterol four percent in six weeks" message has been featured on the box for more than two years. 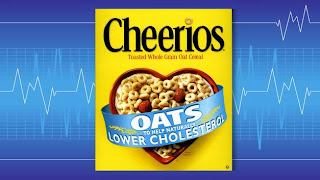 The FDA's quibble is not about whether Cheerios cereal is good for you but over "how the Cheerios cholesterol-lowering information is presented on the Cheerios package and website," said General Mills. "We look forward to discussing this with FDA and to reaching a resolution." Meanwhile, the FDA warned in its letter that if General Mills fails to "correct the violations" on its labels, boxes of Cheerios could disappear from supermarket and wholesaler shelves around the United States and the company could face legal action. According to General Mills, one in eight boxes of cereal sold in the United States is a box of Cheerios. The cereal debuted on the US market in 1941.