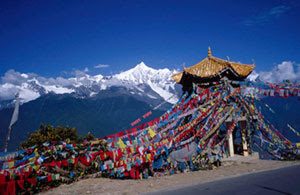 from times of india: The new Chinese law which would come into effect next month banning reincarnation of the Dalai Lama and other Buddhist monks in Tibet was aimed at wiping out the Tibetan identity and its rich culture, said exiled Tibetan government based here on Monday. The new law which stipulates Buddhist monks in Tibet to seek permission from Chinese communist regime for reincarnation has been ironically described by Chinese state administration for religious affairs as an important move to institutionalize management of reincarnation.