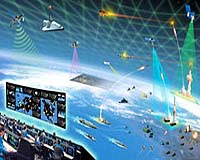 from upi: Defense-related think tanks and contractors, as well as the Pentagon and other U.S. agencies, were the target of repeated computer network intrusions last year apparently originating in China, the Department of Defense said this week.

from ap: For those convinced that vaccines can cause autism, the sad case of a Georgia girl, daughter of a doctor and lawyer, seems like clear-cut evidence. The government has agreed to pay the girl's family for injury caused by vaccines.

from danger room: "Wary Gaza militants using binoculars are on constant lookout for drones," the A.P. reports on the latest round of fighting with Israel... The U.S. employs many of the same tactics for similar purposes, flying Predator drones in Pakistan to quietly pick off suspected jihadists. I'm not sure about the cell phone connection: while the technology exists to track people by way of their phones, many drones employ more direct means of targeting, including daylight and IR sensors. The Taliban in Afghanistan is certainly convinced cell phones are a vulnerability, though.

blair to teach about the nwo at yale

from afp: Former British prime minister Tony Blair is to take up a post teaching at Yale, one of the top educational institutions in the United States, the university said Friday. Blair, who stepped down as prime minister last year after 10 years in power, was to lecture on faith and globalization as the Howland Distinguished Fellow, and would start in the next academic year, the university said.