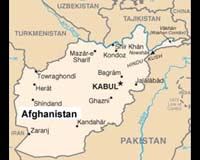 choose one: prison, family detention center or xenu u

US to build vast prison in afghanistan

from afp: The United States plans to build a vast, new detention camp at its main military base in Afghanistan... "I can confirm there are indeed plans to build a new detention facilty at Bagram airfield," spokesman Lieutenant Colonel Mark Wright told AFP. "And the overall size is expected to be 40 acres." The move came because "our existing theatre facilty is deterioriating," Wright said, referring to the makeshift jail at Bagram that holds alleged extremist militants rounded up in the US "war on terror" launched after the September 11 attacks. 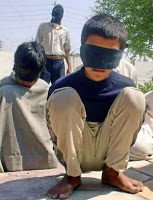 from ap: The U.S. military is holding about 500 juveniles suspected of being "unlawful enemy combatants" in detention centers in Iraq and has about 10 detained at the U.S. base at Bagram, Afghanistan, the United States has told the United Nations. A total of 2,500 youths under the age of 18 have been detained, almost all in Iraq, for periods up to a year or more in President George W. Bush's anti-terrorism campaign since 2002, the United States reported last week to the U.N.'s Committee on the Rights of the Child.

from latimes: The federal government is accepting bids for up to three new family detention centers that would house as many as 600 men, women and children fighting deportation cases. Immigration and Customs Enforcement issued a call for proposals last month and set June 16 as the deadline. New facilities are being considered on both coasts and on the Southwestern border... There are currently two family facilities - a former nursing home in Pennsylvania and a former prison in Texas.

will smith to open his very own scientology school

from guardian: Actor Will Smith is funding his own private school that will teach youngsters using an educational system devised in part by the Scientology cult. The curriculum at Smith's New Village Academy of Calabasas, on which he has spent nearly £500,000, uses different educational theories including "study technology" – a learning method developed by L Ron Hubbard, the founder of the Church of Scientology.