from washington post: When it was time to give Egypt's embattled leader a gentle nudge, President Obama picked a seasoned diplomat who could deliver the message as a close friend. Frank G. Wisner, a former U.S. ambassador to Cairo, has known Egyptian President Hosni Mubarak for decades and has long advocated strong U.S. ties with him.

The White House dispatched Wisner to Cairo to "add his perspective to our analysis on current developments," as State Department spokesman P.J. Crowley put it on Monday. Within 24 hours of Wisner's private chat with the Egyptian president, Mubarak had announced on state television that he would step down at the end of his current term.

Details of Wisner's conversation with Mubarak were not disclosed, but an administration official said the envoy sought to impress upon the leader the need both to declare he would not seek reelection and to step aside immediately in favor of a transitional government.

Former U.S. government officials who have worked with Wisner, 72, said the retired diplomat developed a close relationship with Mubarak during his assignment in Egypt as ambassador from 1986 to 1991.

After his retirement from the State Department, Wisner worked for Patton Boggs, a Washington lobbying firm that has represented Egypt in the past. He also served on the board of Egypt's largest bank, Commercial International Bank Egypt SAE.

It was not the first time that a U.S. administration had called on Wisner to intervene in a foreign crisis. In 2005, the George W. Bush administration appointed the New York native as a special U.S. representative to international talks on Kosovo's future. The negotiations ended with Kosovo's declaration of independence.

Wisner is the son of the well-known U.S. intelligence officer Frank Wisner Sr., who joined the Office of Strategic Services - the CIA's predecessor - and was partly the inspiration for the character Edward Wilson in the 2006 film "The Good Shepherd."

Egyptian updates:
Are we witnessing the start of a global revolution?* 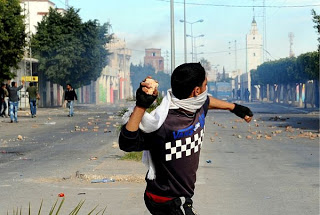