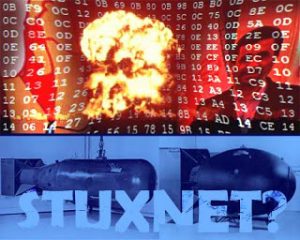 Russia warns Iran too dangerous to bring Bushehr reactor online. Sergei Kiriyenko, Rosatom chief (Russian Nuclear Energy Commission), complained directly to Iranian President Mahmoud Ahmadinejad, Stuxnet malworm shouldn’t be ignored and warned of potential calamity. An article at Debkafile, “Stuxnet hits Bushehr again, Russia warns of nuclear explosion,” can only be called ominous in tone. “The impression the Rosatom chief had gained from his staff at Bushehr was that the Iranian teams had been ordered to activate the reactor at any price to prove that the Islamic Republic had beaten Stuxnet. This concern overrode security.” Ahmadinejad ordered the reactor shut down after the Russian departed as reason prevailed on this day. Dimitry Rogozin, Russia’s ambassador to NATO, warned the Stuxnet virus is very toxic and dangerous like “explosive mines”.

There seems little hope for the Bushehr reactor. Are Windows computers designed to be targeted by the agenda? It’s not as far-fetched as it sounds. Putin recognized the danger by ordering the replacement of Windows with Linux in Russia, just last month.