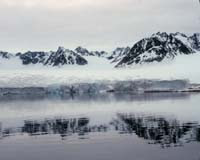 from kvii: Cloud seeding aims to maximize moisture in clouds and produce rainfall... Planes shoot flares of silver iodide into clouds in both the target area and the buffer zone...with only the goal of making it rain in the target area. Leading those in buffer zone to say...their rain is being stolen. "If the good Lord above decides I don't need a rain, I can handle that," said Cogdell. "But when it gets down to a man deciding who gets it in what amount and who doesn't...that's just plain ol' not right." The groundwater district sees it another way.

from afp: Norway's biggest ever earthquake, measuring 6.2 on the Richter scale, shook the Arctic archipelago of Svalbard early Thursday, a Norwegian seismology institute said... Longyearbyen, one of the world's most northerly towns, is home to a new "doomsday vault" of samples of the most important seeds on Earth aimed at providing mankind with a reserve in the event of a global catastrophe. The vault is set to be inaugurated next Tuesday by European Commission President Jose Manuel Barroso, Nobel Peace Prize winning environmentalist Wangari Maathai and Norwegian Prime Minister Jens Stoltenberg.

stealth b2 bomber crashes in guam
from reuters: A U.S. B-2 stealth bomber crashed at Andersen Air Force Base in Guam just after taking off but the two pilots on board ejected safely, the U.S. Air Force said... The B-2 bombers have been used for missions in Afghanistan, Iraq and Serbia. Guam has had a U.S. military presence to varying degrees since 1898, when U.S. naval forces captured it from Spain

from guardian: Passengers travelling between EU countries or taking domestic flights would have to hand over a mass of personal information, including their mobile phone numbers and credit card details, as part of a new package of security measures being demanded by the British government. The data would be stored for 13 years and used to "profile" suspects.