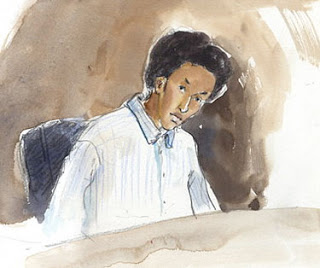 from kurt nimmo: Residents of Portland, Oregon, recently attended a forum on the question of whether the city should rejoin the FBI’s Joint Terrorism Task Force. The city withdrew its task force membership five years ago after the Justice Department turned down a city request for oversight over the JTTF. The decision followed revelations in 2002 that the FBI and the Portland Police kept thousands of “red squad” style police files on political activists. Since 1981, Oregon law has barred police surveillance of political groups in the absence of criminal activity… We Are Change Portland mentioned the first World Trade Center bombing during the forum with city officials and the FBI.

An op-ed published in The Oregonian last week argues in favor of a resumption of FBI JTTF activities in Portland. The obviously staged Christmas tree terror plot was mentioned: “The averted attack during Portland’s Christmas tree lighting ceremony has touched off a debate about the city’s decision, six years ago, to withdraw from the task force. That withdrawal was, clearly, unwise.” The FBI orchestrated event was cooked up not only as yet another sideshow in the never-ending war against manufactured terror, but also as a stunt to frighten the people of Portland into accepting the presence of the FBI. If the FBI is allowed back into Portland, the city’s residents can expect the agency – acting as America’s political police force – to resume its effort to attack the establishment’s political enemies. The FBI does not exist to combat kidnappers and bank robbers, as advertised. It exists to neutralize and destroy all political opposition, as its former director, J. Edgar Hoover, so famously said when COINTELPRO was rolled out fifty years ago.

well, at least the dream of the 90’s is alive in portlandia…