(110kb PDF) - a weeklong simulation designed to better prepare the players for cyberattacks. DHS, FBI and the Defense Department are among the federal agencies that will participate... Cyber Storm II participants have been broken into two teams: planners and players. The players have not seen any of the scenarios they will have to mitigate. flashback: cyber storm targeted bloggers & journalists 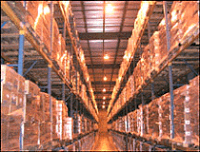 from examiner: In a race against time and amid simulated chaos, volunteers will pound the pavement for three hours to get emergency “medicine” into the hands of 3,000 San Mateo and Foster City residents. Dubbed “Silver Dragon II”, the March 13 exercise will test the county’s ability to receive and distribute large quantities of medicine and medical supplies from the federal Centers for Disease Control and Prevention’s Strategic National Stockpile. The SNS was designed to provide immediate medical care after an explosion or bioterrorism attack.

thanks, yet again, to daily dose of terror