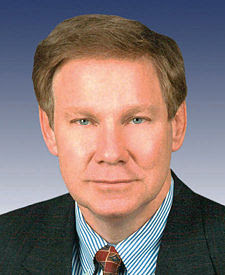 cyber czar position will be announced this week

from time: Tom Davis, a moderate Republican from Virginia, has emerged as a leading candidate for the Obama Administration's newly created position of cybersecurity czar. Sources familiar with the White House's deliberations on the subject say Obama officials feel a Washington power player would make a better candidate than a tech guru. "They want someone who understands technology issues, but more importantly, knows how to get things done in Washington," says a cybersecurity expert who has been consulted by the White House. "There are very few people who have that combination of skills, and Davis is at the top of that short list." 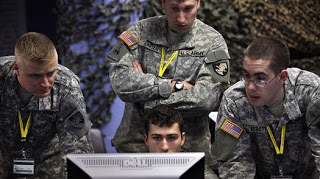 from threat level: Former Republican Congressman Tom Davis, reportedly President Barack Obama’s top candidate for cyber security czar, voted repeatedly to expand the government’s internet wiretapping powers, and helped author the now-troubled national identification law known as REAL ID. Citing White House sources, Time magazine on Friday identified the the former head of the Government Reform Committee as the president’s number one candidate for the new position. Davis’ reputation as a tech-smart moderate who knows his way around D.C. makes him an attractive pick for the administration, the magazine reported.

But an examination of Davis’ record in Congress shows that he’s been on the wrong side of key privacy issues, including the controversial REAL ID Act, which aims to turn state driver’s licenses into a de facto national identification card linked by shared databases and strict federal authentication standards.

“Given his role in REAL ID, Tom Davis would not be a good choice for privacy, which is something that President Obama specifically promised to protect in his remarks on the cyber security strategy,” says Jim Harper, the director of information policy studies at the libertarian Cato Institute. “Many cyber security planners refer obliquely to ‘authentication’ and ‘identity management’ programs that would devastate privacy, anonymity and civil liberties. Davis would probably work to roll past these issues rather than solve them.” The creation of a federal “identity management” program is one recommendation in the broad cyber security report published by the White House last month, although the report makes no specific proposals on implementing an internet I.D. card.

feds to get power to target websites making 'false claims'

cyber-scare: the exaggerated fears over digital warfare
from boston review: The age of cyber-warfare has arrived. That, at any rate, is the message we are now hearing from a broad range of journalists, policy analysts, and government officials. Introducing a comprehensive White House report on cyber-security released at the end of May, President Obama called cyber-security “one of the most serious economic and national security challenges we face as a nation.” His words echo a flurry of gloomy think-tank reports. The Defense Science Board, a federal advisory group, recently warned that “cyber-warfare is here to stay,” and that it will “encompass not only military attacks but also civilian commercial systems.” And “Securing Cyberspace for the 44th President,” prepared by the Center for Strategic and International Studies, suggests that cyber-security is as great a concern as “weapons of mass destruction or global jihad.” Unfortunately, these reports are usually richer in vivid metaphor - with fears of “digital Pearl Harbors” and “cyber-Katrinas” - than in factual foundation. 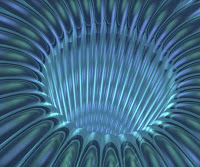 from discovery news: A black hole created by Israeli scientists won't destroy Earth, but it could make our planet just a little bit less noisy. Using Bose-Einstein condensates, the scientists created a black hole for sound. The new research could help scientists learn more about true black holes and help confirm the existence of as-yet to be discovered Hawking radiation. "It's like a black hole because waves get sucked in and can't escape," said Jeff Steinhauer, a scientist at the Israel Institute of Technology and the corresponding author of the article recently posted on the ArXiv.org pre-print Web page. "But in this case we use sound waves instead of light." To create the sonic black hole, the scientists first had to create the Bose-Einstein condensate, a cloud of atoms cooled to almost absolute zero that acts like a light wave. The Israeli scientists actually created two clouds of rubidium 87 atoms cooled to 50 nano Kelvins and separated by a small gap.

and in reference to nasa's plans to bomb the moon,
remember that you can't mess w/ american pride...