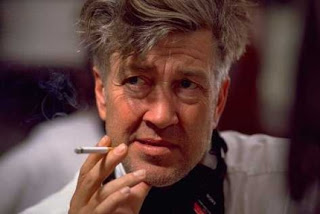 from propaganda matrix: Iconoclastic film director David Lynch has publicly questioned the official story of 9/11 on national U.S. radio, joining the Alex Jones Show to reiterate views that he first raised on Dutch television in December.

Lynch has directed a host of popular movies and television favorites, including Eraserhead, Dune, The Elephant Man and Mulholland Drive. He was also the creative force behind the Twin Peaks television series in the 80s. Lynch is currently enjoying rave reviews for his latest release Inland Empire.

When asked about his controversial and courageous comments during the Dutch TV piece which can be viewed below, Lynch stated, "I knew they were gonna bring it up and you saw what I said, we are all light detectives, human beings are all light detectives - we look at our world and we keep looking at it and we get these feelings that there's more going on than meets the eye."

"As far as 9/11 goes there's things we saw that conjure questions and wondering and something doesn't seem quite right so it makes us wonder and the next step is we need answers," said Lynch.

Lynch noted that there were numerous inconsistencies in the official story in stating, "There's questions arising from each of the events of that day and I don't have the answers."

"When you see that does it make you wonder about things, does it seem that what we were told actually happened - it just makes me wonder - I see things that don't add up, I have questions," said the director.

Lynch characterized 9/11 as just a surface problem, a symptom of a deeper fault the solution of which lies within us all.

"The ocean of solutions is within," said Lynch, "enliven that."

"It's a world of clues, a world of mystery but the mystery can get solved, you can find a lot of answers for these things within."

Lynch encouraged more high profile figures to go public on 9/11 as a means of raising mass awareness to the issue. Off-air he told Alex Jones that Charlie Sheen was the victim of an obvious attempted smear campaign after he went public on his doubts about the official 9/11 story in March 2006. Of Sheen's bravery in putting his career on the line to stand up for truth, Lynch stated "If people have questions then they have the right in this country to raise the questions."

Lynch encouraged listeners to cast of the fear generated by the perils of the modern world and have confidence that they can affect change.

After a four minute segment from the documentary was aired Lynch stated, "It's not so much what thy say, it's the things that make you look at what you thought you saw in a different light. And those things for me, that bother me, is the hole in the Pentagon being too small for a plane, the lawn isn't messed up, and the government's not showing the plane hitting when many cameras photographed it."

"At the World Trade Center, three buildings came down, like demolitions, and two of them were hit by a plane, but the third one they said "do you want us to pull it?" and they pulled it and it looked just like the other two. Those things bother me," said Lynch.

"So every place there's questions, coming from this documentary," said Lynch, "You don't have to believe everything in the documentary to still have questions come up... and you look back and you remember what you saw, and what you were told, and now, you have questions."

When asked "What about suggestions the American government was behind it?" Lynch answered, "That's too big for people to think about. it's too big. It's like something no one wants to think about."