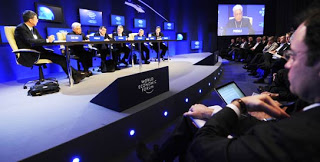 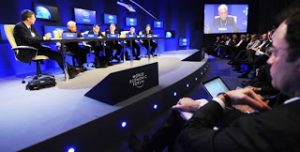 from afp: Power in the global economy is shifting from the advanced world to Asia as recovery takes hold, Davos analysts said Wednesday, as political and business elites began their annual meeting. “What is really happening is a slowdown of the western world and the growth of the emerging markets. This is a complete shift in the balance of power,” Azim Premji, chairman of Indian software major Wipro, told the opening panel. “In 10 years, the economy of the emerging world will be … equal or slightly larger than the US economy,” added the billionaire at the World Economic Forum. China’s highest ranking official at the International Monetary Fund, Zhu Min, said that global recovery was still being driven predominantly by Asian giants India and China.