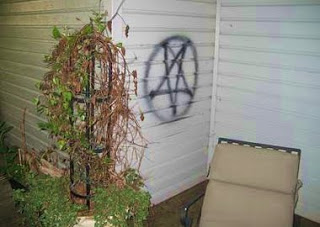 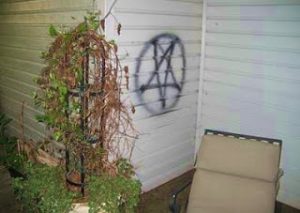 from religiondispatches.org: On Saturday, retired police officer Donald “Don” Rimer, 65, died from complications arising from a stroke. Rimer graduated from police academy top of his class. He served the Virginia Beach police department for 34 years during which he received the department’s medal of merit and was inducted into the city’s hall of fame. He was also an active member of his Methodist church as well as a loving husband, father, and grandfather. However, what Rimer will most be remembered for is his career as an expert on so-called “occult crime.”

Rimer became interested in this field in the late 1980s at the height of the Satanic Panic phenomenon. Banking on his credentials as a police officer, Rimer held seminars for law enforcement on criminal activity allegedly associated with Goth and vampire culture, heavy metal music, role-playing games, Wicca, Afro-Atlantic religions, and Satanism. These groups, he argued, represented a palpable and growing danger.

In 2009, following the murder of Billie Lee Black in Hampton Roads, Virginia, Rimer suggested to reporters that Black had been killed at the request of his 16-year-old daughter for “trying to intervene in her new Twilight, vampire behavior.”

Sensationalist claims earned Rimer serious contempt from Pagan groups and even a few academics, who called him a charlatan and a fear-monger. His seminars on occult crime continued to focus suspicion and enmity on minority religions, kindling the embers of Satanic Panic. Rimer responded to his critics by claiming his contacts included the more benevolent Wiccans, self-identified vampires, and even Satanists. He also insisted that the danger posed by occult crime was real and that he was one of the few people qualified to combat it.