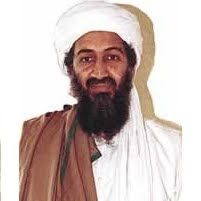 from allgov: While President Barack Obama prepares to announce his decision regarding a troop increase for Afghanistan, Senate Democrats have released a report that argues that the Bush administration failed to capture Osama bin Laden when it had the chance in late 2001. The report (Tora Bora Revisited: How We Failed To Get Bin Laden and Why It Matters Today [3.1mb PDF]) pins the blame on former Defense Secretary Donald Rumsfeld and the top U.S. commander at the time, General Tommy Franks, for not sending enough troops into the Tora Bora region where bin Laden was hiding and from which he eventually escaped into Pakistan. The failure to grab al Qaeda’s leader allowed him “to emerge as a potent symbolic figure who continues to attract a steady flow of money and inspire fanatics worldwide,” reads the report from the Senate Committee on Foreign Relations.