eff sues to discover how US collects intel over social networks 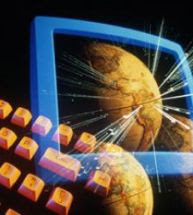 from raw story: The Electronic Frontiers Foundation (EFF) has filed a lawsuit against several government agencies hoping to force the revelation of how the U.S. utilizes social networks like Facebook and MySpace to collect intelligence.

"Millions of people use social networking sites like Facebook every day, disclosing lots of information about their private lives," said James Tucker, a student working with EFF, in a media advisory. "As Congress debates new privacy laws covering sites like Facebook, lawmakers and voters alike need to know how the government is already using this data and what is at stake."

However, when EFF went looking for that information by filing Freedom of Information Act (FOIA) requests, they ran into a stone wall of silence.

The suit was filed in cooperation with the Samuelson Law, Technology, and Public Policy Clinic at Berkeley. It demands immediate publication of government policies dealing with social networks during an investigation.

"Internet users deserve to know what information is collected, under what circumstances, and who has access to it," said Shane Witnov, a law student working on the case, according to the EFF's release. "These agencies need to abide by the law and release their records on social networking surveillance."

The EFF's full complaint, which encompasses the Central Intelligence Agency, Departments of Justice, Defense and Homeland Security, the Treasury and Director of National Intelligence, can be read here [136kb PDF].