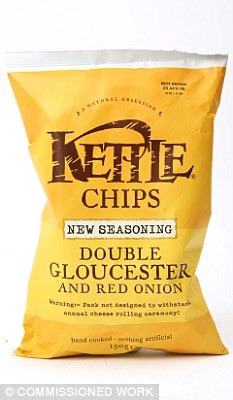 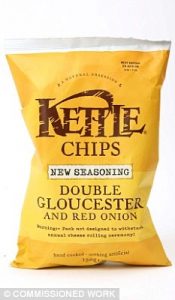 from daily mail: A British crisp company is being bought out by an American food conglomerate, it was announced today. San Francisco-based Diamond Foods is paying £400million "in cash" for Kettle Foods. The deal follows the recent controversial sale of much-loved British chocolate maker Cadbury to US firm Kraft for £11.5billion.

Kettle Foods, which makes premium crisps under the Kettle Chips label, is currently owned by London-based private equity firm Lion Capital and has a factory in Bowthorpe, near Norwich. The company was founded in 1978.

The deal is expected to go through this year. Lion Capital’s other investments include Weetabix, restaurant chain Wagamama and the La Senza lingerie shops.

Michael Mendes, chairman of Diamond Foods, said: "By adding Kettle, including its talented team of employees, our snack business will have greater scale, which will help us to drive even greater innovation in the snack market."