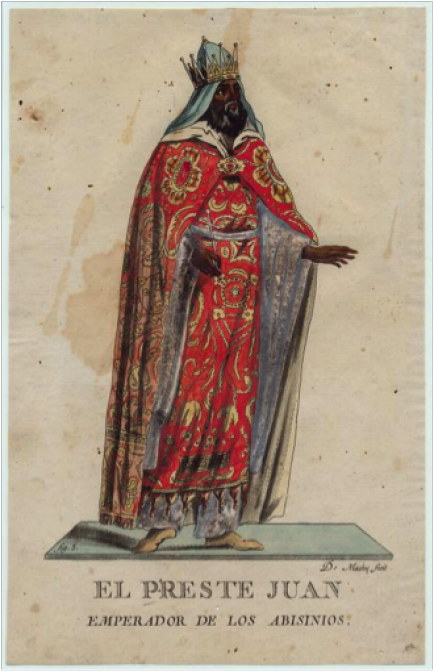 Did a Black Man Discover the Fountain of Youth?

from theroot.com: At the top of my own list of things we weren’t told in school is the fact that the legendary Fountain of Youth was not only thought for centuries to be located in Ethiopia, but that the man who had discovered it and ruled over it was a black man.

European artists even painted portraits of him and sometimes decorated their maps of Africa with his image. European kings, popes and explorers from Marco Polo to Ponce de León knew of him and his magical realm. That’s right: When de León and his Spanish compatriots were wandering around the swamps of Florida, trying not to be eaten by alligators, it was a black man and his mythical fountain for which they were likely searching. In fact, one way to think of the conquest of the oceans and the eventual navigation around the Cape of Good Hope in the late 15th century was that it was motivated, among other things, by the desperate search to find this black patriarch and tap into his wealth and military might. The goal wasn’t only to help liberate the Holy Land, but also to experience this king’s secrets of immortality.
Whatever his true name might have been, he was known throughout Europe as “Prester John,” the formidable priest-king of ancient Ethiopia.