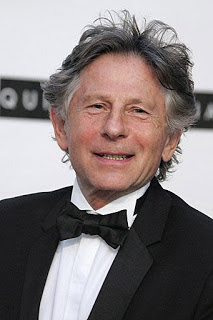 from seattlepi: Director Roman Polanski was arrested in Switzerland as he arrived in the country for a film festival and could be extradited to the United States to face 32-year-old charges of having sex with a 13-year-old girl, The Associated Press reported Sunday.

Polanski, director of such acclaimed films as Rosemary's Baby, Chinatown and The Pianist, was scheduled to receive an honorary award at the Zurich Film Festival. The Swiss Justice Ministry said in a statement that U.S. authorities have sought the 76-year-old's arrest since 2005.

''There was a valid arrest request and we knew when he was coming,'' ministry spokesman Guido Balmer told The Associated Press. ''That's why he was taken into custody.''

The U.S. would now need to make a formal extradition request, Balmer told the AP.

Polanski fled the U.S. in 1978, one year after pleading guilty to unlawful sexual intercourse with the underage girl, because the judge in the case planned to renege on the plea agreement. The girl said he plied her with champagne and half a Quaalude during a photo shoot at Jack Nicholson's house while the actor was away.

filmmaker polanski fights extradition to US from switzerland
from bloomberg: Filmmaker Roman Polanski will fight extradition to the U.S. following his arrest in Switzerland at the request of California prosecutors who want him brought back for leaving the country in 1978 before he was sentenced for having sex with a 13-year-old girl. Prosecutors became aware of Polanski’s travel plans last week and through the U.S. Justice Department asked that he be arrested, Jane Robison, a spokeswoman for Los Angeles County District Attorney Steve Cooley, said yesterday in a phone interview. Extraditing Polanski could take several months, Robison said. The request for Polanski’s arrest wasn’t related to his failed attempt this year to have the 1977 case thrown out, she said. “It’s because he’s been a fugitive,” Robison said.... Los Angeles prosecutors made prior efforts to obtain Polanski’s arrest abroad, the latest one in July of 2007 when the director visited Israel, according to a statement posted yesterday on the district attorney’s Web site. That effort failed because Polanski left Israel before the Israeli authorities received additional details they requested, according to the statement.

updates from 10/1:
defense strategies could keep polanski out of prison
from latimes: Prosecutors have yet to say what punishments they'll pursue if the director is extradited, but experts say the defense's strongest option is asking that the case be dismissed for judicial misconduct.

in polanski case, is it hollywood vs middle america?*

woody allen defends polanski & the moralizers go wild
from washington post: LOL. That was my first reaction at seeing Woody Allen’s name on the top of a petition demanding justice for director Roman Polanski. Here, after all, was one pervert using his supposed good name in defense of another: a little like Billy the Kid speaking up for Jesse James.