from time: "Now you see why we were going to sacrifice all for the sake of allah in jihad," says the neatly handwritten note on prison-issue paper. "We weren't able to finish." Those seemingly incriminating words are part of a letter the U.S. Attorney's office in New Jersey says one of the defendants in the "Fort Dix Six" homegrown terror case wrote to a fellow inmate at the Federal Detention Center (FDC) in Philadelphia. But a TIME investigation of the Fort Dix Six shows that little in this case is as it first appears. 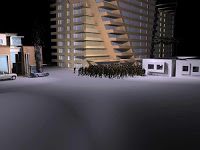 from slashdot: Schneier is reporting that Arizona State University's Paul Torrens has been developing a computer simulation to model urban panic. "The goal of this project is to develop a reusable and behaviorally founded computer model of pedestrian movement and crowd behavior amid dense urban environments, to serve as a test-bed for experimentation." The simulation tests behaviors from how a crowd flees from a burning car to how a pathogen might be transmitted through a mobile pedestrian over time among others. 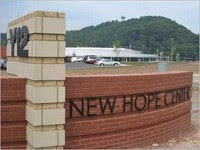 from abc: Federal inspectors have detailed yet another security breach at one of the nation's oldest nuclear weapons plants. There may have been dozens of security violations involving the use of unauthorized laptop computers being brought into secure areas of the Y-12 plant at Oak Ridge National Laboratory in Tennessee, according to a report released by the Department of Energy's inspector general.

7 steps to a homeland security campus 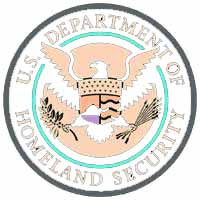 from michael gould-wartofsky: Free speech zones. Taser guns. Hidden cameras. Data mining. A new security curriculum. Private security contractors... Welcome to the new homeland security campus... From Harvard to UCLA, the ivory tower is fast becoming the latest watchtower in Fortress America. The terror warriors, having turned their attention to "violent radicalization and homegrown terrorism" - as it was recently dubbed in a House of Representatives bill of the same name - have set out to reconquer that traditional hotbed of radicalization, the university. Building a homeland-security campus and bringing the university to heel is a seven-step mission:

1. Target dissidents
2. Lock and load
3. Keep an eye (or hundreds of them) focused on campus
4. Mine student records
5. Track foreign-born students, keep the undocumented out
6. Take over the curriculum, the classroom, and the laboratory
7. Privatize, privatize, privatize

homeschooling a crime in germany

from truthnews: In Germany, enveloped in the EU, it will soon be a crime to homeschool children. “Homeschoolers need to be making plans to flee Germany en masse after a government document implied the advent of a coming crackdown that would target them, an advocate says,” reports WorldNetDaily... Germany has not had banned homeschoolers since the Nazis ruled. Are you surprised that it is being implemented now?

swat goons dispatched on colorado homeschoolers
from truthnews: In Garfield County, Colorado, not only will the state determine if you should take your child to a doctor after a mishap, but if you don’t comply with their on-high directives, they will dispatch a SWAT team to ensure compliance. According to Tom Shiflett, a Vietnam vet, his son was injured during horseplay, WorldNetDaily reports. Shiflett’s son, John, “was grabbing the door handle of a car as his sister was starting to drive away slowly. He slipped, fell to the ground and hit his head... There were no broken bones, no dilated eyes, or any other noticeable problems.”

listen to an interview with tom shifflet here...