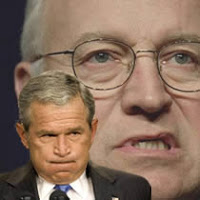 from ap: The White House has acknowledged recycling its backup computer tapes of e-mail before October 2003, raising the possibility that many electronic messages – including those pertaining to the CIA leak case – have been taped over and are gone forever… The disclosure came minutes before midnight Tuesday under a court-ordered deadline that forced the White House to reveal information it has previously refused to provide… If the e-mails were not saved, the White House might have violated two laws requiring preservation of documents that fall into the categories of federal records or presidential records.