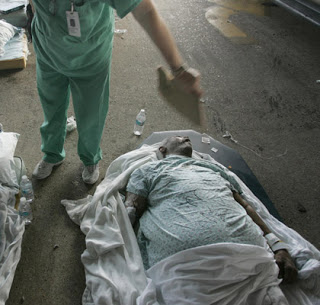 from raw story: A doctor who was working the rounds at New Orleans’ Memorial Medical Center during Hurricane Katrina has admitted euthanizing patients during a crucial shortage of energy and supplies at the hospital. Despite the revelations, the state prosecution service in Louisiana says it will not re-open an investigation into the matter, the Associated Press reports.

The doctor’s admission comes on the fourth anniversary of Hurricane Katrina making landfall on the Gulf Coast, an event that would lead to the death of more than 1,000 people and the displacement of a city of one million.

It also comes at a time when the US is busy debating fundamental reforms to the country’s health system. The specter of “rationed health care” has been raised during the debate. But in the panic and chaos of Katrina, the notion of “rationed care” was taken to a brutal new level. 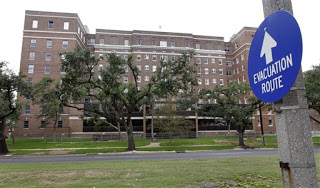 Dr. Ewing Cook told ProPublica’s Sheri Fink that he gave the order to give an elderly patient a dose of morphine he knew would kill her.

‘‘Do you mind just increasing the morphine and giving her enough until she goes?’’ Cook says he asked the patient’s nurse. In a sign of his certainty the patient would die under the morphine overdose, Cook penciled in “Pronounced dead at” on the patient’s chart and left it blank to be filled in later.

‘‘To me, it was a no-brainer, and to this day I don’t feel bad about what I did,’’ Cook told ProPublica. ‘‘I gave her medicine so I could get rid of her faster, get the nurses off the floor.’’ He added, ‘‘There’s no question I hastened her demise.’’

The complete investigative article from ProPublica, which appears in the August 30 edition of the New York Times, follows below.