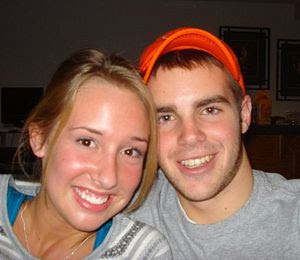 from washington post: In what has become a sadly familiar ritual, about 100 students huddled together Friday on the Drillfield at the heart of the Virginia Tech campus, weeping and singing hymns as they mourned two slain classmates. Heidi Childs, 18, and David Metzler, 19, bright and promising students who were active in Campus Crusade for Christ, were found fatally shot Thursday morning in a national park about 15 miles from campus. Police said Friday that they had no suspects. The deaths of the young couple, during the first week of classes, shook a community that has endured a string of tragedies. In April 2007, it became the site of the worst mass killing by an individual in U.S. history when a troubled student fatally shot 32 people and himself. In January, a student was decapitated in a campus cafe, and a classmate was charged. "It's more disbelief," said Olivia Kasik, 19, a sophomore from Woodbridge. "It happened again. You can't really wrap your head around it."