Does Humanity Even Want Freedom? 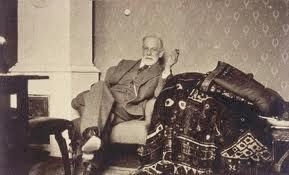 from ZenGardner.com: The most precious gift given to humanity besides its very existence and innate connectivity to universal Source is the gift of free will. We can choose. We ultimately have the power to make decisions for ourselves. Unfortunately this concept is buried under the rubble of ignorance and social engineering and of course becomes a very complex matter as life’s input and experiences complicate our entire decision-making process. And freedom and free will? They’re generally relegated to philosophical treatises and ideological tugs of war in the political arena. Nicely sectored off to where they can’t touch our consciousness and every day living.

Many argue that in today’s circumstance we are not free to make our own decisions, that in effect we often don’t even have free will as evidenced by history. This strikes at the root of the problem. Disempowerment via thinking we need permission versus knowledge of our inborn nature of pure freedom. It may appear that it’s been deprived at times. Free will seems to be often negated or seriously limited under certain circumstances, either by choice, coercion or collusion. But is it really, no matter how draconian? After all, much of humanity seems to not even know that it is inherently free, never mind does it appear to even want to fully exercise such a sense of inborn freedom.