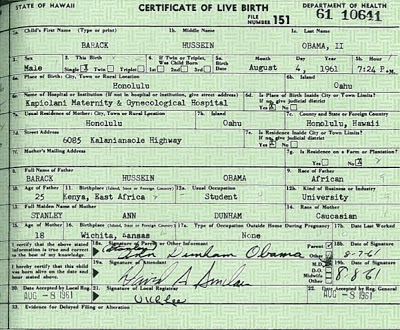 Does Obama Birth Certificate Raise ‘As Many Questions As It Answers’?

Latest move keeps it 'All in the company'... 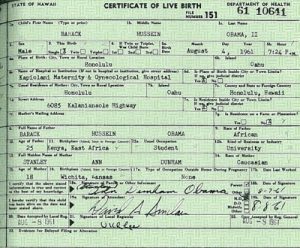 from paul joseph watson: Despite some political commentators insisting that the White House release of what it claims to be Barack Obama’s long form birth certificate represents the end of the “crazy birther fringe” movement, those who most fiercely pushed doubts surrounding the president’s eligibility are not convinced.

While presumptive Republican candidate Donald Trump welcomed the release of the document, he was quick to cast suspicion as to why it took so long and if the certificate was even genuine. Trump said it was “amazing” that the document surfaced “all of a sudden” after he had begun asking questions about the controversy, adding that the certificate should be analyzed to determine its authenticity.

Indeed, the Smoking Gun website has already compiled a list of inconsistencies found in the document, including asking, “If the original document was in a bound volume (as reflected by the curvature of the left hand side of the certificate), how can the green patterned background of the document’s safety paper be so seamless?”