double the troops in the surge? 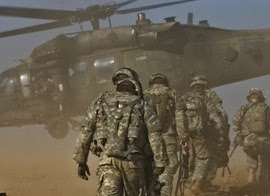 from defense tech: President Bush and his new military chiefs have been saying for nearly a month that they would “surge” an additional 21,500 troops to Iraq, in a last, grand push to quell the violence in Baghdad and in Anbar Province. But a new study by the non-partisan Congressional Budget Office says the real troop increase could be as high as 48,000 – more than double the number the President initially said.

That’s because the combat units that President Bush wants to send into hostile areas need to be backed up by support troops, “including personnel to staff headquarters, serve as military police, and provide communications, contracting, engineering, intelligence, medical, and other services,” the CBO notes.