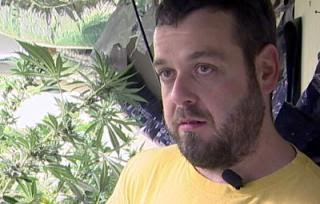 from raw story: On Thursday, a Denver news station interviewed Chris Bartkowicz about his medical-marijuana operation in the basement of his home. Bartkowicz, confident of his compliance with state laws, boasted of its size and profitability. "I'm definitely living the dream now," he told 9News. The following day, the dream was over. Drug-enforcement agents raided his home, placed him under arrest, and carried off dozens of black bags of marijuana plants and growing lights. The Obama administration promised in October that the federal government would respect state laws allowing the growing and selling of marijuana for medicinal use, but the Drug Enforcement Agency sent a loud message with the arrest of Bartkowicz.

"It's still a violation of federal law," said Jeffrey Sweetin,  the DEA special agent in charge of the Denver office. "It's not medicine. We're still going to continue to investigate and arrest people."

The United States Attorney's office will decide Tuesday if charges will be filed against Bartkowicz.

In an interview from his jail cell, Bartkowicz said he believes the DEA is making an example of him. He would never have exposed himself if he believed his business was illegal.

"If I knew what I was doing was illegal, I would have never made a public display of myself," he said. "I would not have put myself in the line of fire if I was knowingly violating the law."

"According to him and according to what he's seen on the news, he probably believes he is legal," Sweetin said.

And according to Sweetin, it isn't just growers who face arrest. The dispensaries are next on the list.

"The time is coming when we go into a dispensary, we find out what their profit is, we seize the building and we arrest everybody. They're violating federal law; they're at risk of arrest and imprisonment," he said to The Denver Post. "Technically, every dispensary in the state is in blatant violation of federal law."

Deputy U.S. Attorney General David Ogden told federal agents in an October memo to not target people in "clear and unambiguous compliance with existing state laws providing for the medical use of marijuana."

Sweetin said the memo does nothing to change federal law, which makes marijuana illegal.

The difference between the Obama administration's stated mission to end the "war on drugs" and the actual enforcement of that policy by DEA agents may not come as a surprise to those who have seen the Office of National Drug Control Policy's (ONDCP) budget for fiscal year 2011.

"We're not at war with people in this country," Obama's drug czar Gil Kerlikowske told The Wall Street Journal in May.

But according to 2011 funding "highlights" released by the ONDCP (PDF link), the Obama administration is growing the drug war and tilting its funds heavily toward law enforcement over treatment.

During the interview in his jail cell, Bartkowicz said he realized his arrest is the center of a national debate and defended his right to publicly declare his business. "I'm the poster boy now," he said. "If I am legal, why should I be in the shadows?" 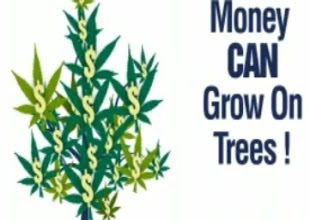 from allgov: In another move demonstrating a rightward title in its advertising choices, CBS has rejected a video billboard ad for Times Square that advocated for the legalization of marijuana. The NORML Foundation, part of the National Organization for the Reform of Marijuana Laws, wanted to run its 15-second commercial asserting that the nation could generate billions of dollars in tax revenue by legalizing and regulating the sale of marijuana. NORML wanted to air the ad 18 times a day starting on February 1 on CBS’s 42nd Street digital billboard, but the network refused, according to CBS’ partner Neutron Media. NORML was informed by Neutron Media that CBS would not approve the ad. “If CBS changes their morals we will let you know,” read Neutron’s email to NORML. The decision not to accept the pro-marijuana commercial followed CBS’ rejection of a television spot during the Super Bowl promoting a gay online-dating website. But the network was willing to broadcast an antiabortion commercial featuring college quarterback Tim Tebow and his mother.