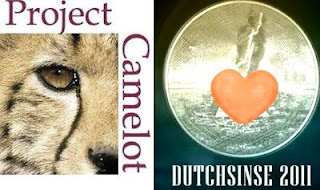 Kerry Cassidy interviews Dutchsinse on Project Camelot. Dutchsinse aka Michael Janich relates how he began following HAARP rings and scalar squares on radar screens.  Janich noticed anomalies in January of this year, at the time, of the birds falling from sky in Arkansas. Janich became a full time student after the bird die off and saw clearly in March the trouble in store for Japan. Dutchsinse has a multitude of detractors, but anyone can learn something about weather manipulation from Dutchsinse videos. The interview reveals, also, Dutch's theory about Fukushima nuclear fallout.  The nuclear material will decay into Barium and Strontium, which provides medium for an apparent Project Blue Beam fake alien invasion!