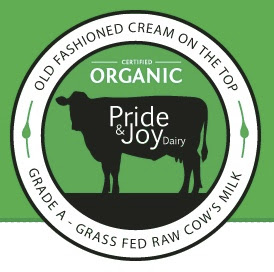 from food safety news: Pride & Joy Creamery, a dairy farm in Eastern Washington state, has recalled its raw milk because it may be contaminated with E. coli, a bacteria that can cause serious illness, according to a news release issued by the state’s Agriculture Department at the dairy’s request.

The raw milk was sold at the dairy’s farm store near Granger in the Yakima Valley and distributed through nine Western Washington retail outlets in King, Pierce, Snohomish and Skagit counties.

Raw milk is milk that hasn’t been pasteurized to kill pathogens from fecal matter that may have contaminated the milk.

According to the department’s statement, Shiga toxin-producing E. coli infections may cause severe diarrhea, stomach cramps and bloody stools. Symptoms generally appear 3 to 4 days after exposure, but can take as long as nine days to appear. Anyone experiencing these symptoms should contact a health care provider.