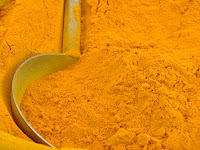 from activist post: Used in the ancient Chinese and Indian systems of medicine, curcumin is a naturally powerful anticancer compound that has been found to decrease brain tumor size in animals by 81 percent in more than 9 studies. A derivative of turmeric, curcumin is the pigment responsible for turmeric’s yellow-orange color. Each 100 grams of turmeric contains around 3 to 5 grams of curcumin, though turmeric is a also very powerful on its own. New studies are shedding light on curcumin, and illuminating its numerous benefits on cancer and other diseases.

Researchers experimenting with curcumin in the treatment of a fatal brain cancer known as glioblastoma (GBMs) published their groundbreaking findings in the Journal of Nutritional Biochemistry in July.

Adding scientific basis to previous findings surrounding the positive effects of curcumin, they showed that the compound dramatically decreased brain tumors in 9 out of the 11 studies examined by 81 percent. Furthermore, there was no evidence of toxicity, whereas chemotherapy and other cancer treatments often result in extreme side effects that are sometimes worse than the actual disease. Curcumin is not only effective against brain cancer, however.