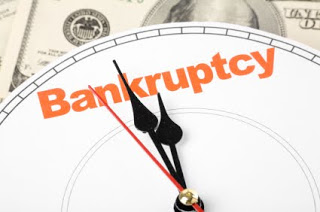 from business insider: A new report by Audit Integrity identifies some high-profile names “that have the highest probability of declaring bankruptcy among publicly traded firms.” …

1. Hertz: When you have tons of debt financing your fleet of cars, falling rental demand really hurts.
2. Textron:What a tough time to be selling business jets.
3. Sprint/Nextel: Sprint Nextel is bleeding customers, and could lose as many as 4.4 million net post-paid subscribers this year.
4. Macy’s: Does anyone even shop at department stores anymore?
5. Mylan: In a classic case of management empire building, Mylan overpaid big time when it bought Merck’s generic business back in 2007 and is now stuck with $5 billion of long-term debt as a result.
6. Goodyear: Demand for Goodyear tires has sunk, and the company is saddled with massive debt and pension obligations.
7. CBS: Weak advertising and falling license fees have sent CBS’s earnings off a cliff in 2009.
8. Advanced Micro Devices: When will AMD actually make money again? The question is becoming more important by the day since it carries over $5 billion in long-term debt.
9. Las Vegas Sands: Las Vegas Sands over-expanded and over-levered in the last few years and now has over $10 billion in debt to deal with.
10. Interpublic Group: As one of the largest advertising and marketing companies in the world, IPG was slammed by the global recession.

in other econocrash news:
fdic to consider ways to replenish deposit fund* 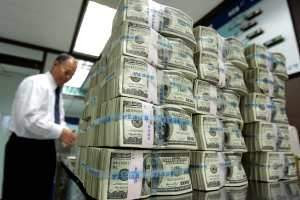