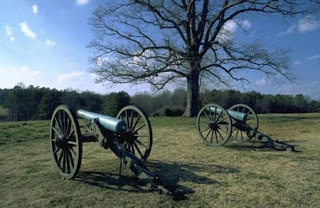 from russia today: Russia Today interviews Igor Panarin, a professor at the Diplomatic Academy of the Russian foreign affairs ministry, who believes the economic crisis in the US has confirmed his long-held belief that the country is heading for extinction in its present form.

financial disaster will lead to civil disorder in 2009 or 2010, says secret citibank memo
from natural news: An internal memo from a top Citibank analyst reveals what the banks really think about the global financial situation, and the outlook is grim. "The world is not going back to normal after the magnitude of what they have done. When the dust settles this will either work, and the money they have pushed into the system will feed through into an inflation shock," wrote Tom Fitzpatrick, Citibank's chief technical strategist. He goes on to explain that the massive money creation efforts by the Federal Reserve and other central banks will end with one of two things: A resurgence of inflation, or a fall into "depression, civil disorder and possibly wars." Either outcome, he says, will cause the price of gold to skyrocket. Gold will push to well over $2,000 per ounce, he explains. The timing on all this? Sometime in either 2009 or 2010, said the analyst.

from gwinnett daily post: Interstate 85's carpool lanes will be converted to toll lanes, as U.S. Transportation Secretary Mary Peters on Tuesday announced a $110 million grant to get Gwinnett's traffic moving. While the toll pricing has not been determined, rates would change based on congestion on the interstate, and cars with three or more people in them would still be free. "America's cities are struggling under the weight of higher population and greater demand on their roads and transit systems," Peters said. "Only by taking aggressive, forward-thinking approaches like Atlanta has done can urban areas hope to remain competitive in the century ahead."

US rescues citi with $20b capital & guarantees
from guardian: The U.S. government has bailed out Citigroup Inc, agreeing to shoulder most of the potential losses on $306 billion of high risk assets and inject $20 billion of new capital, in its biggest rescue of a bank yet.
Citigroup's rescue marks the latest government effort to contain a widening financial meltdown that has caused the disappearance or bankruptcies of companies including Bear Stearns Cos, Lehman Brothers Holdings Inc and Washington Mutual Inc.