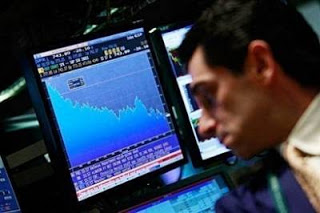 econocrash: US has entered ‘the greatest depression’

from paul joesph watson: Trends research analyst Gerald Celente, who has risen in prominence on the back of his deadly accurate economic predictions, says that the collapse of financial markets heralds the start of “The Greatest Depression”.

In his latest Trend Alert bulletin, Celente attacks mainstream pundits who falsely predicted a market bottom and the start of a recovery, noting that conventional analysts have been proven “dead wrong” again and that, “There will be no turn around in the second quarter of 2009 or 2010 or 2011.”

“The global financial system, built on endless supplies of cheap money, rampant speculation, fraud, greed, and delusion is terminally ill and will not be coaxed into remission by stimulus packages nor restored to health by government buyouts and bailouts,” writes Celente.

The most positive prediction that Celente makes is that the Dow will not reach zero, a tongue in cheek reaction to yesterday’s record plunge which saw the Dow rolled back to 1997 levels well below 7,000.

Celente warns that the first signs of real panic are starting to set in, unrest that will cause governments to “take draconian measures to prevent total economic collapse and public panic.”

“Expect massive bank failures, runs on banks, and bank holidays,” writes Celente. “Even if deposits are FDIC insured, quick access to money is by no means assured. At minimum, have reserves on hand for emergencies,” he forecasts.

Celente cites gold as one of the few investments that will continue to rise in value, eventually reaching $2,000 an ounce and beyond.

Celente’s dire forecasts were initially scoffed at by the media but as the crisis has worsened, his credibility has soared.

Celente, who successfully predicted the 1997 Asian Currency Crisis, the subprime mortgage collapse and the massive devaluation of the U.S. dollar, told UPI in November 2007 that the following year would be known as “The Panic of 2008,” adding that “giants (would) tumble to their deaths,” which is exactly what we have witnessed with the collapse of Lehman Brothers, Bear Stearns and others.