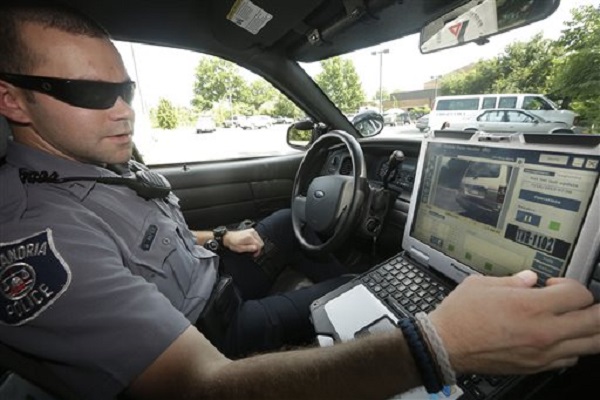 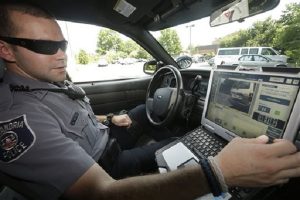 from blacklistednews.com: Last Friday the Electronic Frontier Foundation (EFF) and the American Civil liberties Union (ACLU) of Southern California filed the opening brief  in their lawsuit against the Los Angeles Police Department and the Los Angeles Sheriff Department. The lawsuit deals with how the law enforcement agencies are using Automatic License Plate Readers (ALPR) to gather information. The two watchdog agencies argue that the two departments are illegally keeping quiet on how the information is used.

The EFF and the ACLU fear that the ALPR mounted on traffic light poles and patrol vehicles are gathering information such as license plate, time, date and location, that can be used to create a detailed map of what individuals are doing. Concerns for privacy and freedom of speech prompted the lawsuit. The scanners are seen as an expansion of an already growing arsenal of federally funded surveillance tools, including drone aircraft, surveillance camera, and “gunshot detector” audio recording devices. In 2012 the Wall Street Journal reported that the five previous years the Department of Homeland Security distributed over $50 million in grants to fund the acquisition of license plate readers.

The LAPD and LASD have been called “two of the biggest gatherers of automatic license plate recognition information,” by LA Weekly. The ALPR gather information and officers from the LASD or LAPD can access up to 26 other police agenices in the county as they search for a hit in the system. The two departments are the target of the EFF, ACLU lawsuit but they are not alone in their use of the technology.

A 2011 survey by the Police Executive Research Forum (http://policeforum.org/library/critical-issues-in-policing-series/Technology_web2.pdf) found that of the more than 70 police departments surveyed, 70 percent used ALPR technology and 85 percent expected to be using or increasing use of the technology within the next five years. Some believe that by 2016 as much as 25 percent of police vehicles will come equipped with the cameras.

It is not only the danger of creating a map of a persons wherabouts and habits, but also the fear of targeting individuals for various political or religious associations that has critics worried. There are also no standards on how long the information should be held, or who can hold it. Another issue deals with the so called “hot lists”.