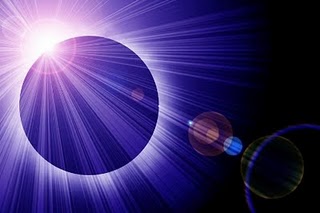 Will there be three days of darkness as in Bible prophecy? Is September 25 - 27 alignment of Comet Elenin a fit? A You Tube video asks whether the comet's 40 million mile wide tail, can reflect enough sunlight, to leave Earth in darkness? The video asserts not since the time of Moses has such an event occurred! It seems, a little comet hysteria crept into the discourse, as in 1910, Earth passed through the tail of Halley's Comet. David Morrison, NASA astrobiologist and their chief debunker, calls idea silly a comet blocking out the Sun. A recent post at the Miracles and Prophecies website, includes idea, object's gaseous tail may contain deadly hydrogen cyanide. The poison gas will fan over the planet as Earth passes through its tail! We'll meet our fate, soon enough, in less than two weeks!