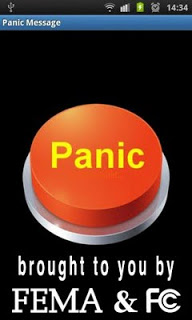 Valuable information or scaring you into submission? 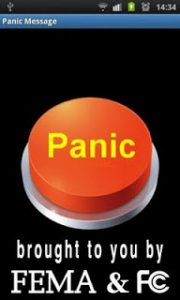 from nytimes: The emergency broadcast system is coming to cellphones. Updating the national emergency alert system, federal officials planned to announce on Tuesday in Manhattan that some cellphone users in New York and Washington will soon be able to receive alerts by text message in the event of a national or regional emergency.

The service in those cities is scheduled to start late this year as a prelude to nationwide service next year, perhaps as early as April. To receive the alerts, users must have mobile phones with a special chip, which is currently included in some higher-end smartphones like the latest iPhones. The service will also require a software upgrade.

How quickly consumers are able to participate in the system depends on the rate of replacement of cellphones with the special chip and the software, officials said.

The alerts are designed to mimic the familiar radio and TV broadcast alerts that for decades — accompanied by a shrill whistle and, in most instances, the message “This is only a test” — have advised Americans where to tune in for an emergency message.

Known as the Personal Localized Alerting Network, or PLAN, the new system will be a free service for people in New York and Washington who have enabled phones and are customers of Verizon, AT&T, Sprint or T-Mobile mobile phone systems.

“This new technology could become a lifeline for millions of Americans and is another tool that will strengthen our nation’s resilience against all hazards,” W. Craig Fugate, the administrator of the Federal Emergency Management Agency, said in a statement.

Julius Genachowski, the chairman of the Federal Communications Commission, said the system was designed to minimize the ability of hackers or spammers to send fraudulent messages. The alerts could appear directly on a cellphone screen, for example, rather than appear as a text message notification, and would probably be accompanied by a special vibration or other kind of signal.

“We don’t expect the alerts to be frequent,” Mr. Genachowski said. “They will be reserved for when they are truly needed, for tornadoes or for disasters like 9/11.”

Emergency authorities in several Asian and Pacific countries sent text messages warning of tsunamis after the March 11 earthquake in Japan.

Authorized government officials will be able to send emergency text messages to participating wireless companies, which will then use their cell towers to forward the messages to subscribers in the affected area. A New York City resident who is traveling in Chicago at the time of an emergency in New York would not receive a message; a Chicago resident who is a customer of the same phone company would see the text alert while in New York City, officials said.

Although cellphone companies in the United States are not required to participate in the system, officials said they expected that cellphone makers would promote the inclusion of the special chip as a selling point for new mobile phones.

Related: On the same day as the 'plan' announcement - Senate panel grills Apple, Google on collection, use of location data