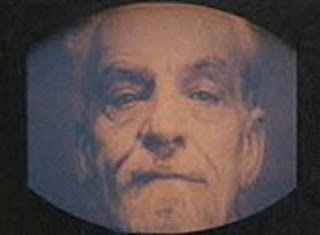 from bbc: A tape said to be from al-Qaeda leader Osama Bin Laden has warned US President Barack Obama there will be more attacks if the US continues to support Israel. In the newly released audio tape aired on al-Jazeera, Bin Laden says the US will never live in peace until there is "peace in Palestine". The authenticity of the audio tape has not been verified. The message claims al-Qaeda was behind the 25 December attempt to blow up a passenger plane bound for the US... The voice recording says that the message is from "Osama to Obama".

video: where in the world is osama?

uk terror threat raised to 'severe'
from guardian: The threat of international terrorism to the UK was raised from substantial to the second highest level of severe last night, meaning an attack is "highly likely". Alan Johnson, the home secretary, said there was no intelligence to suggest an attack was imminent. The escalation reversed a decision in July to downgrade the likelihood of a terror attack from "severe" to "substantial". Johnson said the change was not ­specifically linked to the increased threat from international terrorism following the failed Detroit plane bombing on Christmas Day or to any other incident.

1/29 update: bin laden rebukes US on climate change
from nytimes: Osama bin Laden, the leader of Al Qaeda, blamed the United States and developed countries for not halting climate change and said that the global economy should immediately abandon its reliance on the American dollar, according to an audiotape released Friday by the broadcaster Al Jazeera. “Talk about climate change is not an ideological luxury but a reality,” Mr. bin Laden was quoted as saying in a report on Al Jazeera’s English-language Web site. “All of the industrialized countries, especially the big ones, bear responsibility for the global warming crisis.” The authenticity of the tape could not be immediately confirmed, and Al Jazeera, which is based in Qatar, did not say how it had obtained the message.