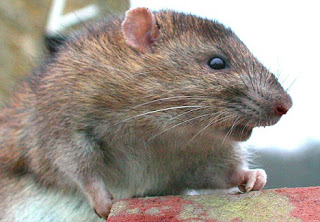 cnbc host recommends statins be put in the water supply
from youtube: Makers of Crestor now claim that people with normal cholesterol are also at risk for heart attack. Their study shows that if this group has a high level of hsCRP they lower their risk for heart attacks and arterial disease. This even though hsCRP indicates generalized inflammation not just arterial and heart. Of course they didn't address the negative side effects of lowering your cholesterol below normal levels. Dr. Nissan of the Cleveland Clinic admits they will now get to treat a lot more people (Oh boy!). One CNBC host asked no joke why statins are not put in the water supply. The response: That would be a Communist plot just like fluoride.

pollution causing feminisation of males across multiple species
from independent: It's official: men really are the weaker sex... The male gender is in danger, with incalculable consequences for both humans and wildlife, startling scientific research from around the world reveals. The research – to be detailed tomorrow in the most comprehensive report yet published (1.3mb PDF) – shows that a host of common chemicals is feminising males of every class of vertebrate animals, from fish to mammals, including people. Backed by some of the world's leading scientists, who say that it "waves a red flag" for humanity and shows that evolution itself is being disrupted, the report comes out at a particularly sensitive time for ministers. On Wednesday, Britain will lead opposition to proposed new European controls on pesticides, many of which have been found to have "gender-bending" effects.

synthetic viruses could explain animal-to-human jumps
from wired science: In a technical tour de force with potentially profound implications for the study of emerging diseases, researchers have built the largest-ever self-replicating organism from scratch. The organism is a virus based on genome sequences taken from a bat-borne version of SARS, a lethal respiratory disease that jumped from animals to humans in 2002. The synthetic virus could help explain how SARS evolved, and the same approach could be used to investigate other species-hopping killers. "This gives us a system to more quickly answer the questions of where a virus came from, of how to develop vaccines and treatments for a brand-new virus that leaps to humans like SARS did," said Vanderbilt University microbiologist Mark Denison.

21st century black plague could spread from rats to humans

from daily mail: A new plague which jumps from rats to humans has been discovered by scientists. Fears are growing that increasing numbers of brown rats - the most common kind in Europe - are carrying a strain of bacteria that can cause serious illness in humans from heart disease to infection of the spleen and nervous system. The new strain of bacteria called Bartonella rochalimae is spread between rats by fleas, Taiwanese researchers have said.

google uses web searches to track flu’s spread
from nytimes: There is a new common symptom of the flu, in addition to the usual aches, coughs, fevers and sore throats. Turns out a lot of ailing Americans enter phrases like “flu symptoms” into Google and other search engines before they call their doctors. That simple act, multiplied across millions of keyboards in homes around the country, has given rise to a new early warning system for fast-spreading flu outbreaks, called Google Flu Trends... Its new service at google.org/flutrends analyzes those searches as they come in, creating graphs and maps of the country that, ideally, will show where the flu is spreading. 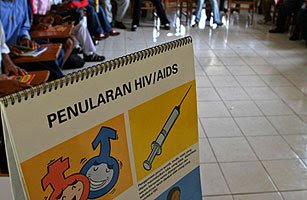 from ap: Lawmakers in Indonesia's remote province of Papua have thrown their support behind a controversial bill requiring some HIV/AIDS patients to be implanted with microchips — part of extreme efforts to monitor the disease. Local health workers and AIDS activists called the plan "abhorrent." "People with AIDS aren't animals; we have to respect their rights," said Tahi Ganyang Butarbutar, a prominent Papuan activist. But legislator John Manangsang said by implanting small computer chips beneath the skin of "sexually aggressive" patients, authorities would be in a better position to identify, track and ultimately punish those who deliberately infect others with up to six months in jail or a $5,000 fine.

nbc fires weather channel environmental unit
from washington post: NBC Universal made the first of potentially several rounds of staffing cuts at The Weather Channel... axing the entire staff of the "Forecast Earth" environmental program during the middle of NBC's "Green Week," as well as several on-camera meteorologists. The layoffs totaled about 10 percent of the workforce, and are among the first major changes made since NBC completed its purchase of the venerable weather network in September.

supreme court allows sonar called damaging to whales
from mcclatchy: The Supreme Court ruled Wednesday that the Navy could use sonar in submarine-hunting training exercises off Southern California without heeding restrictions imposed by a lower court to protect whales and dolphins. The high court didn't question the scientific basis of concerns about harm to marine mammals, but ruled that the Navy's need for the exercises was more important.

flashback: navy must cut sonar use off california

company fires workers for abusing turkeys in west virginia
from ap: Several workers at a West Virginia turkey plant have been fired after they were caught on film abusing birds. Aviagen Turkeys spokeswoman Sandi Hofmann said Monday the employees, including a supervisor, were released around Thanksgiving. The abuse was disclosed last month by the People for the Ethical Treatment of Animals, which released undercover video recordings of workers punching, kicking and beating live turkeys. PETA released a statement Monday saying it is asking prosecutors in Greenbrier and Monroe counties to press criminal charges. The company says in a statement that it is taking steps to ensure similar incidents don't happen again. It did not elaborate on what changes it would make.

activists keep heat on manchin over coal river mtn
from ap: Environmentalists will keep the heat on Gov. Joe Manchin over Massey Energy's planned mountaintop removal mine on the Coal River Mountain. Whitesville-based Coal River Mountain Watch will hold press conferences in Charleston and Beckley Dec. 9 to discuss a study it's commissioned. While Richmond, Va.-based Massey wants to mine 6,000 acres, environmentalists are trying to preserve the mountain for a wind farm. The news conference will focus on research by Downstream Strategies of Morgantown. It shows wind development is a wise use not just for Coal River Mountain, but for other parts of southern West Virginia. Manchin has declined to intervene in the dispute, saying it's inappropriate for him to interfere with the regulatory process.

un blowback: more than 650 international scientists dissent over man-made global warming claims
from epw: The UN global warming conference currently underway in Poland is about to face a serious challenge from over 650 dissenting scientists from around the globe who are criticizing the climate claims made by the UN IPCC and former Vice President Al Gore. Set for release this week, a newly updated U.S. Senate Minority Report features the dissenting voices of over 650 international scientists, many current and former UN IPCC scientists, who have now turned against the UN. The report has added about 250 scientists (and growing) in 2008 to the over 400 scientists who spoke out in 2007. The over 650 dissenting scientists are more than 12 times the number of UN scientists (52) who authored the media hyped IPCC 2007 Summary for Policymakers.