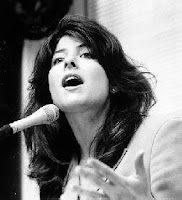 (Note: This writer's greatest apprehension is the coming clamp down on the internet.) Naomi Wolf, writes in Huffington Post, reprinted at Before It's News, "Espionage Act Rears Its Ugly Head And Threatens American Tradition Of Freedom" recaps oppressive history of this flawed law. The 1917 law was used to suppress dissent of anti-war advocates. Many people were imprisoned. We may face a similar political fate? Wolf aptly observes, "'Step Ten'...to a closed society: 'Rename Dissent 'Espionage' and Criticism of Government, 'Treason'." This is a reference to her ten steps from her book, "The End of America: Letter of Warning to a Young Patriot". Benjamin Wittes, from The Brookings Institution, says in the same article, "Taken at its word, the Espionage Act makes felons of us all." Is this the path Wikileaks is leading us down?