“Just before he [Wernher von Braun] died, he gave an interview to Carol Rosin, in which he basically said that in order to sustain the military-industrial complex that first a false threat of terrorists would be created and used on the public and then asteroids and finally a false alien threat.” 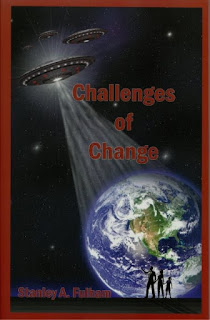 from new world order report: A newly-published book by a retired NORAD officer predicts October 13, 2010 as the tentative date for a fleet of extraterrestrial vehicles to hover for hours over the earth’s principal cities. Author says the event to be the first in a series intended to avert a planetary catastrophe resulting from increasing levels of carbon-dioxide in the earth’s atmosphere dangerously approaching a “critical mass.”

Winnipeg, MB (PRWEB) September 13, 2010 — A newly-published 352-page book by a retired Air Force officer, Stanley A. Fulham, tentatively predicts October 13, 2010 as the date for a massive UFO display over the world’s principal cities. According to the author, the aliens will neither land nor communicate on that date; they are aware from eons of experience with other planets in similar conditions their sudden intervention would cause fear and panic.

The book, Challenges of Change (3rd ed.), reports this event will be the initial interaction in a process leading to mankind’s acceptance of the alien reality and technologies for the removal of poisonous gases from the earth’s atmosphere in 2015, if not sooner.