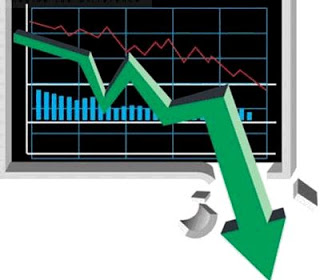 from usatoday: Here's another headwind for a sputtering job market: State and local governments plan many more layoffs to close wide budget gaps. Up to 400,000 workers could lose jobs in the next year as states, counties and cities grapple with lower revenue and less federal funding, says Mark Zandi, chief economist for Moody's Economy.com. The development could slow an already lackluster recovery. Friday, the Labor Department said employers cut 125,000 jobs, mostly because 225,000 temporary U.S. Census workers completed their stints. The private sector added 83,000 jobs, fewer then expected, as the jobless rate fell to 9.5% from 9.7%...

"The downturn has gone on so long, all the low-hanging fruit has been taken," says Scott Pattison, head of the state budget officers group. Wells Fargo economist Mark Vitner expects state and local governments to cut about 200,000 workers this year if Medicaid benefits aren't extended. That's largely why Wells Fargo cut forecasts for third-quarter economic growth to 1.5% from 1.9%. Even if Congress extends Medicaid subsidies, Zandi expects 325,000 job cuts the next year, though Vitner says losses could be far less.

Among cuts planned and made:
•New York City is planning 4,500 layoffs, and more if the Medicaid subsidies aren't approved, says the Center on Budget and Policy Priorities.
•Washington state would have to chop 6,000 jobs without the Medicaid money.
•The city of Maywood, Calif., laid off all 68 of its employees July 1 and is contracting out police services, partly because of a $450,000 budget deficit.