from ap: Security officials extinguished the Olympic torch three times Monday as protests against China's human rights record turned a relay through Paris into a chaotic series of stops and starts. Despite massive security, at least two activists got within almost an arm's length of the flame before they were grabbed by police.

from telegraph: The internet could grind to a halt within two years under the pressure of booming demand for online video, experts have warned. Soaring visitor numbers to video websites such as YouTube and the BBC's iPlayer are putting the copper wires, which underpin parts of the internet, under severe strain. related: superfast internet may replace world wide web, coming soon: superfast internet & nuclear scientists turn to 'the grid' to crunch data 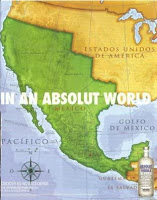 from ap: Absolut vodka company apologized Saturday for an ad campaign depicting the southwestern U.S. as part of Mexico amid angry calls for a boycott by U.S. consumers. The campaign, which promotes ideal scenarios under the slogan "In an Absolut World," showed a 1830s-era map when Mexico included California, Texas & other southwestern states. Mexico still resents losing that territory in the 1848 Mexican-American War... 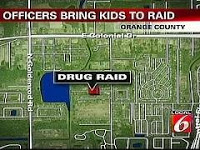 from local6: Two SWAT officers are being counseled after bringing their young children along with them on a drug raid. The Orange County SWAT team searched a house on Napoleon Street Friday, arresting three people and recovering guns and drugs. The two officers who brought their children on the raid will not be disciplined. Both officers said the incident will not happen again, Local 6 reported.