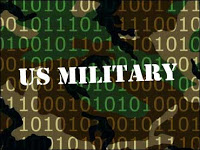 what do we consider to be an act of war in cyberspace?

from washington times: U.S. military officials seeking to boost the nation's cyberwarfare capabilities are looking beyond defending the Internet: They are developing ways to launch virtual attacks on enemies.

But first the military will have to figure out the proper boundaries.

"What do we consider to be an act of war in cyberspace?" asked Lt. Gen. Robert J. Elder Jr., who heads the Air Force's cyberoperations command. "The military is not going to tend to do that (use virtual strike capabilities) until you cross some line that constitutes an act of war."

Elder said initial uses likely would be limited to diverting or killing data packets that threaten the nation's systems, the way the military may intercept a foreign ship carrying arms in international waters.

The remarks came late Friday during a New York chapter meeting of the Association For Intelligence Officers, a nonprofit group for current and former intelligence agents and their supporters.