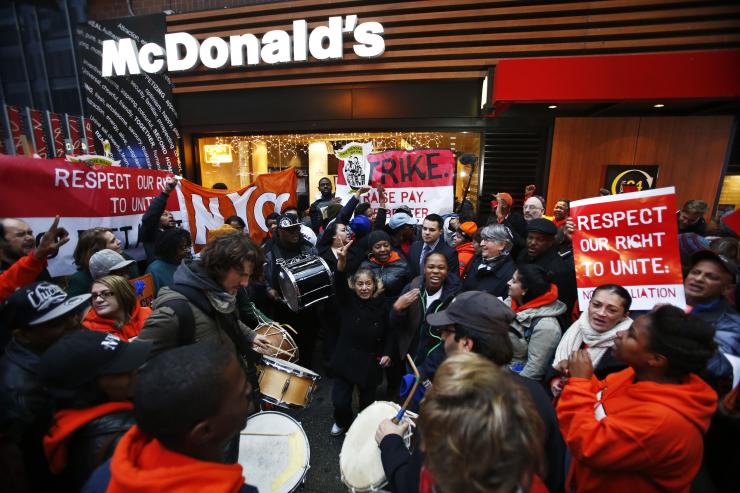 from aljazeera.com: Fast-food workers are planning a global strike for better pay and working conditions, with actions set to take place in 150 U.S. cities and 32 other countries in a bid to exert pressure on multinational companies.

Strikes are planned for May 15 across five continents in countries including Morocco, Japan, India, Belgium, Germany, Brazil, Argentina and New Zealand, where workers will stage a protest at the McDonald’s headquarters in Auckland, according to a statement by activist group Fast Food Forward. Other strikes will target Burger King, Wendy’s and KFC.

The actions were announced Wednesday in Manhattan, New York, at a meeting during which fast-food workers and union leaders detailed how they intended to expand a movement that began with a walkout in November 2012. On that occasion, some 200 workers went on strike in New York City, demanding a pay increase of $15 per hour and the right to unionize without retaliation.