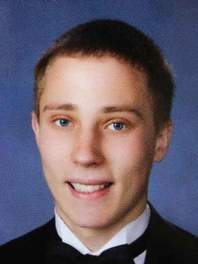 from pressdemocrat.com: A quest to find answers in the death of an 18-year-old Sebastopol man who died at a Peruvian jungle retreat center took a new turn Monday after his father raised more than $8,000 to bring his son’s body home for an autopsy. Kyle Josef Nolan died in late August while participating in an “ayahuasca ritual” after taking a psychoactive concoction used by Amazonian people for centuries. The shaman, Jose Manuel Pineda, admitted to burying Nolan’s body after he died during a hallucinogenic session, according to Peruvian news accounts. Pineda and two workers at the Shimbre Shamanic Center near Puerto Maldonado were arrested on charges of homicide and illegally burying a body, according to Nolan’s family. An autopsy was conducted in Peru and yielded no cause of death. Toxicology results, which could help pinpoint the cause of Nolan’s death, are pending. But Kyle’s father, Sean Nolan of Petaluma, said Monday. “I believe my son was murdered because people don’t die from ingesting ayahuasca.”