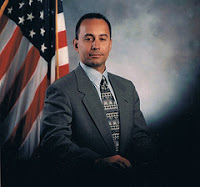 from abc: The FBI is unable to protect the United States from another major attack by al Qaeda or other Middle Eastern extremists, an FBI counterterrorism official says... [Bassem] Youssef, the FBI's highest-ranking Arab-American agent, is suing the bureau for discrimination, claiming he was passed over for promotions despite his successes and awards, including infiltrating a radical Islamic group whose leader masterminded the 1993 World Trace Center bombing. The FBI has denied his allegations.

from afp: Iran’s chief prosecutor said bombers who caused a deadly blast at a mosque in Shiraz had confessed of links to Israel and the United States, the ISNA student news agency reported on Friday. “Those responsible for the attack against the Shiraz mosque have confessed to having links to worldwide oppression, in particular the United States and Israel,” Ghorbanali Dorri-Najafabadi was quoted by the agency as saying. 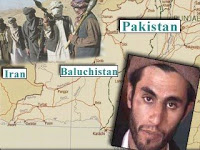 from paul joseph watson: The CIA is protecting an Al-Qaeda linked terror group formerly headed by the alleged mastermind of 9/11 from being extradited to Iran according to an ABC News report, which also reveals that U.S. intelligence has been meeting and advising the group that has been blamed for bombings in Iran. As the London Telegraph reported last year, "The CIA is giving arms-length support, supplying money and weapons, to an Iranian militant group, Jundullah, which has conducted raids into Iran from bases in Pakistan." Jundullah is a Sunni Al-Qaeda offshoot terrorist group formerly headed by the alleged mastermind of 9/11, Khalid Sheikh Mohammed, reported the Asia Times in 2004.

from kurt nimmo: It is so transparent as to almost be a joke. One day after eleven men took the British government to the European Court of Human Rights, complaining they had been illegally held without charge as terrorism suspects, a mental patient, described as an Islamic convert, nearly blows himself up with a bomb in a restaurant in southwestern England. “Nicky Reilly, 22, was arrested and taken to hospital after the small explosion in a branch of the family-orientated Giraffe restaurant chain in the center of the city of Exeter,” reports Reuters... No word exactly who “preyed upon” and “radicalized” the man, who is white, but we can guess - it was British intelligence. If this seems like a stretch, consider the fact British intelligence sheltered Abu Qatada and his family... If we are to believe the Telegraph, “radicals” supposedly “brainwashed” Nicky Reilly “outside a fish and chip shop.”