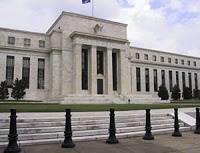 from rogue government: The Federal Reserve Bank of Atlanta this past January released a video on crisis preparedness. The timing of such a video being released is suspicious considering the prospect of bank failures and an inflationary collapse of the U.S. monetary system loom large... download the video here because youtube gave my upload the smackdown...

US launches airstrike in somalia

from ap: The U.S. launched an airstrike Monday on a Somali town held by Islamic extremists to go after a group of terrorist suspects, U.S. defense officials said... "It was a deliberate, precise strike against a known terrorist and his associates," one U.S. military official said in Washington, speaking on condition of anonymity because he was not authorized to comment on the record.

from reuters: Venezuelan President Hugo Chavez moved tanks to the Colombian border and mobilized fighter jets on Sunday, warning Bogota could spark a war after its troops struck inside another of its neighbors, Ecuador. Reacting to Colombia's killing on Saturday of a Colombian rebel over the border in Ecuador, a Venezuelan ally, Chavez also withdrew all of his diplomats from Bogota in the worst dispute between the neighbors since he came to office in 1999.

from deseret news: Congressional researchers said Thursday the Defense Department has not done enough to find and contact people who were likely exposed to old chemical and germ warfare tests overseen by Utah-based Army scientists. The U.S. General Accountability Office, a research arm of Congress, wrote that until such efforts improve, "Congress, veterans, and the public may continue to question the completeness and accuracy of DOD's (Department of Defense) efforts."

US military to train pak forces

from press tv: US military is reviewing a plan to send about 100 American experts to train a Pakistan paramilitary force, the New York Times reports... For many years, small teams of American Special Operations forces have trained their Pakistani counterparts in counterinsurgency tactics.