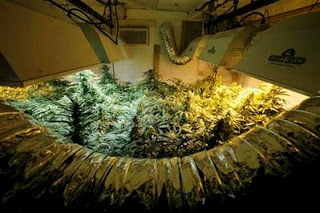 from ap: Pot-smoking patients or their sanctioned suppliers should not be targeted for federal prosecution in states that allow medical marijuana, prosecutors were told Monday in a new policy memo issued by the Justice Department.

Under the policy spelled out in a three-page legal memo, federal prosecutors are being told it is not a good use of their time to arrest people who use or provide medical marijuana in strict compliance with state law.

The guidelines issued by the department do, however, make it clear that federal agents will go after people whose marijuana distribution goes beyond what is permitted under state law or use medical marijuana as a cover for other crimes.

The memo advises prosecutors they "should not focus federal resources in your states on individuals whose actions are in clear and unambiguous compliance with existing state laws providing for the medical use of marijuana."

The new policy is a significant departure from the Bush administration, which insisted it would continue to enforce federal anti-pot laws regardless of state codes.

update: denver westword to hire marijuana critic
from cbs4denver: The store has a television lounge and a pool table, and snacks and acupuncture are free for customers who drop up to $130 an ounce on 16 varieties of marijuana. But a reviewer of the business warns the decor looks a little cliche, what with the Grateful Dead posters on the wall and the Mexican-blanket tablecloths. The medical marijuana review business is booming as states like Colorado and California have seen an explosion in the number of pot shops. A Denver alternative newspaper recently posted an ad for what some consider the sweetest job in journalism - a reviewer of the state's marijuana dispensaries and their products.