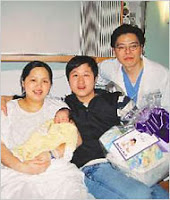 from new york times: It seemed like a perfect formula for good publicity: A national sweepstakes would award a $25,000 United States savings bond to the first American baby born in 2007, courtesy of the toy chain Toys “R” Us and its Babies “R” Us division.

Instead, after disqualifying a Chinese-American baby girl born in New York Downtown Hospital at the stroke of midnight on New Year’s, the toy company finds itself caught in the glare of the immigration debate, stumbling over the nation’s new demographic realities.

The baby girl, Yuki Lin, was an American citizen from the second the ball dropped in Times Square, where the Toys “R” Us flagship store draws thousands of shoppers from around the world. But like 6 out of 10 babies born in the city — including at least two others born in Brooklyn about the same moment — she has immigrant parents. And according to the contest’s fine print, the chain decided, she was ruled out because her mother was not a legal resident.

The first baby of the year is usually a one-day story. But Albert H. Wang, a corporate lawyer who read about Yuki Lin’s lost chance on the Web site of the Chinese-language newspaper The World Journal, was outraged enough to start an e-mail campaign that is enlisting the ire of prominent Chinese-Americans like the president of the Asian American Business Development Center and officers of the Organization of Chinese Americans. 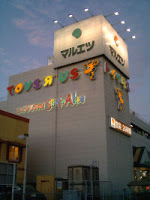 Their criticism, and threats of a media campaign against the company, come just a month after the chain opened its first store in China, in Shanghai.

“They want business from China,” said Mr. Wang, 39, adding that most of the chain’s toys are made by Chinese workers in China. “But when it comes to this Chinese-American U.S. citizen, she was deprived of $25,000 intended to be used for her college education, because of who her parents are.”